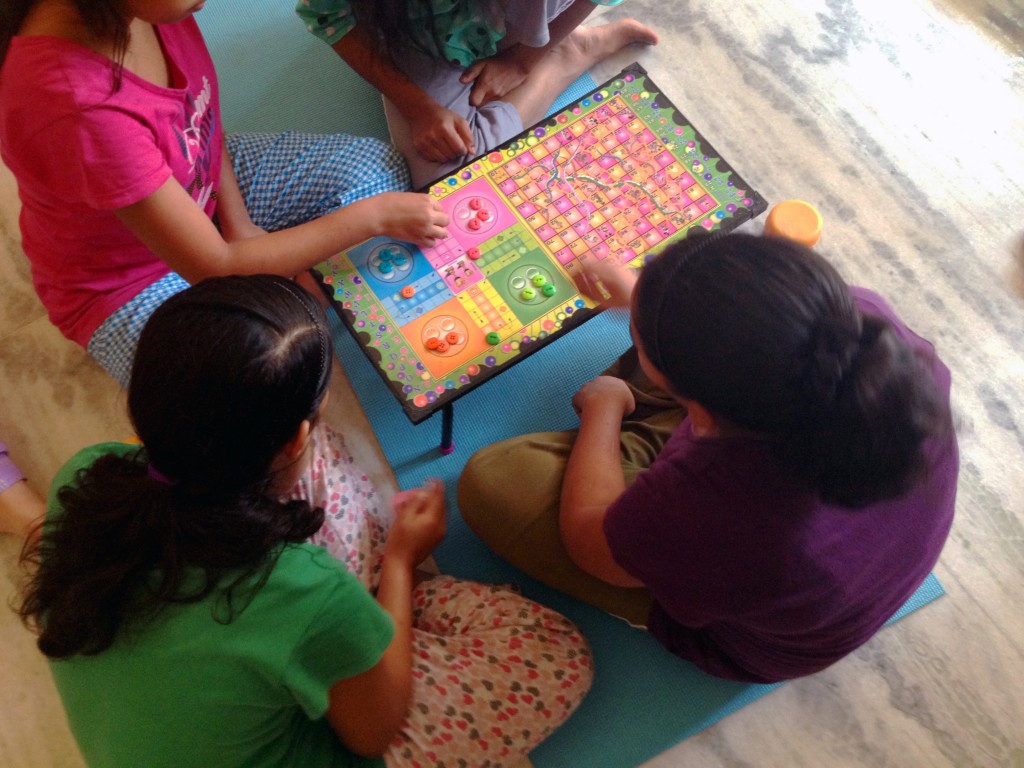 Our girls love to play games.

When we go on outings, we pack bags and bags of badminton rackets, Frisbees, and soccer (football) balls. The girls could spend hours beating every staff member at badminton (often a rally only lasts two or three hits) and they’re getting increasingly better at catching—not dodging—the Frisbee.

Indoors, the games are slightly less active, but just as noisily competitive. These are kids, after all.

Bingo is popular, with the girls and staff laying out on couches, chairs, and yoga mats listening languidly to someone calling out numbers, letters, shapes, or colors. Hours pass in hazy entertainment with only an occasional shout of BINGO! 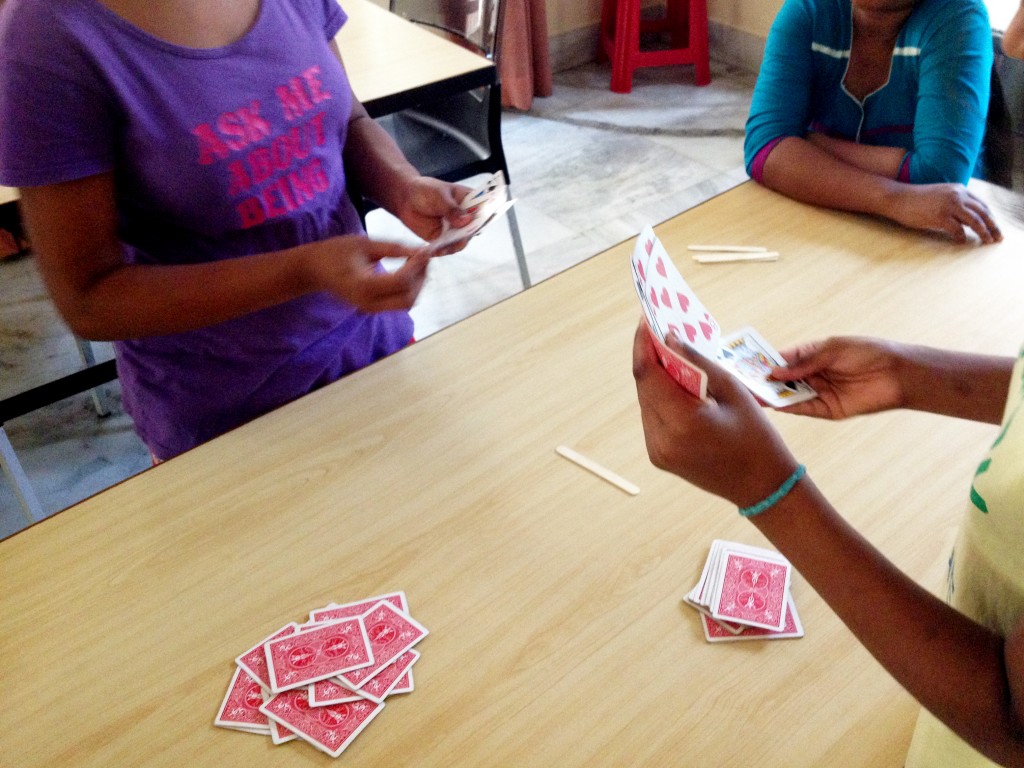 Twister is a new addition as the girls are beginning to understand English names for body parts (Assamese has no word to separate “foot” from “leg”). Left leg, um, red. This game—like it does all over the world—always dissolves into giggles on the floor.

Our girls are remarkably good chess players. They win far more than we do—have we ever won?—so they often prefer to play each other; it’s more of a challenge. There were a few rounds of girls advising while we moved the pieces, but then we decided to cut out the middleman. This is the girls’ quietest game. 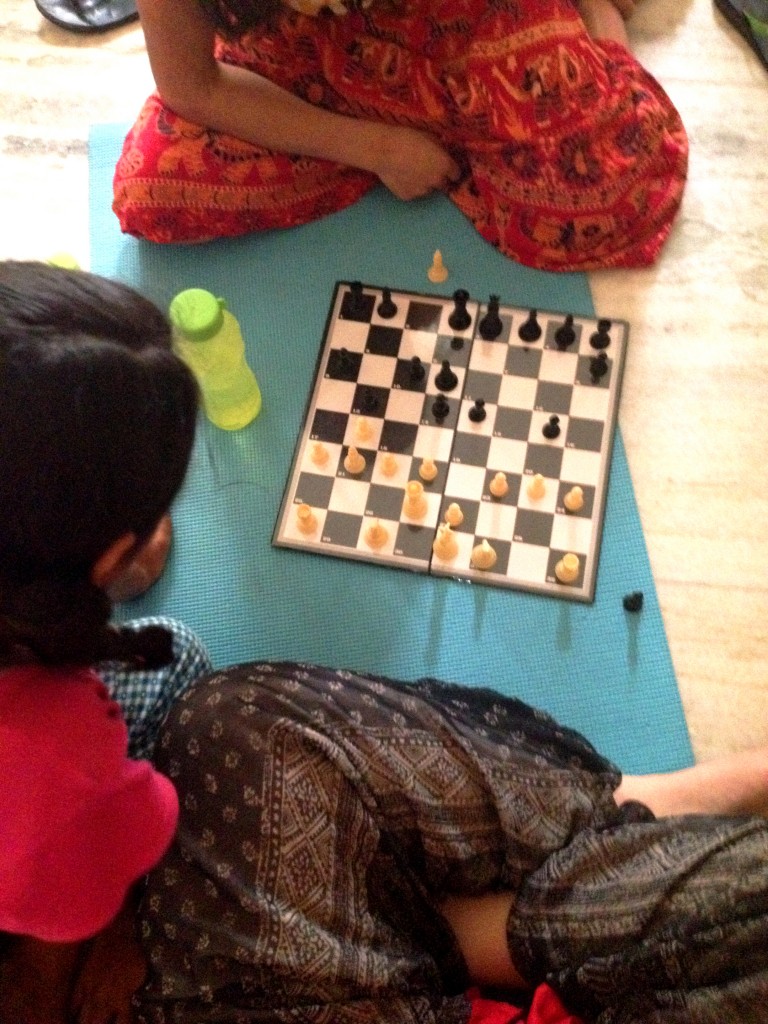 The loudest indoor game is Spoons, which we play with a deck of cards and a dozen tongue depressors. When we first taught it to them a couple months ago, the girls had a hard time figuring out when to pass cards and when to keep them (the goal of Spoons is to get a set of four and not be the last to grab a spoon—or tongue depressor—sitting on the table) but now they pass with vigor and are unable to avoid knocking depressors, cards, and other players to the ground in their enthusiasm.

Rounding out the 7 Sisters game cupboard is a table game that reminds us of Sorry! and another of chutes and ladders with a Disney twist. There are zip top bags of puzzles (Dora the Explorer; Winnie the Pooh; Aurora, Belle, Cinderella) the girls could put together over and over and over again. There is also a notepad of hangman games, which the girls love to fill with words like “sisters,” “leopard,” and “flowers.” We’ve played marathon games of Uno and hands of War that lasted over an hour.

For the girls at 7 Sisters, free time is game time, and they certainly love to play. Anyone for chess?